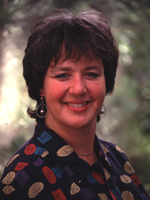 Aged 16: joined the bassoon section of the National Youth Orchestra;

Aged 22: bought an accordion and learned to play it;

Aged 23: gave up ambition to be the first female bassoonist in the London Symphony Orchestra.

Educated as a Junior Exhibitioner at the Royal Academy of Music, she went on to study at both the Guildhall School of Music and at Westminster College, Oxford.

Since then, Jane has taught in primary schools in London, both as class teacher and music specialist, founded and ran The Music Funshop: a music workshop for children aged
3-9 and worked as a theatre musician in productions around the country for companies including National Theatre in London and the Royal Shakespeare Company. Jane is currently a commissioning Editor in the music department at A&C Black Publishers. She is also a keen adjudicator, arranger, and yoga devotee.